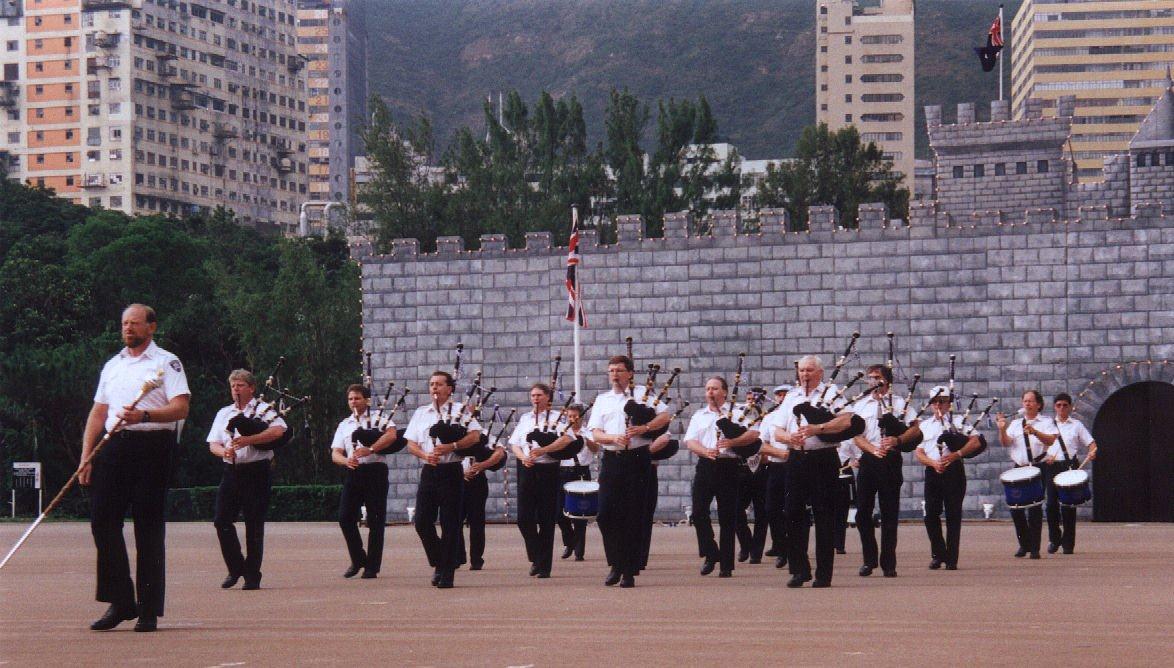 Posted at 00:31h in History by Vancouver Police Pipe Band

In October of 1993, the band returned to Hong Kong a second time to participate with the Royal Hong Kong Police in their Beating Retreat ceremonies. As a guest band for a second time, the Royal Hong Kong Police hospitality was second to none. This trip was especially emotional as it was the last visit to the British colony before it is returned to China. Many of the bands’ friends were soon to be uprooted and making new lives for themselves in other countries. From Hong Kong, the band took a well-deserved rest by spending several days in Bali, one of the more popular Indonesian islands. The scurl of the pipes along the Balinese beaches was yet another moment in the history of the band.